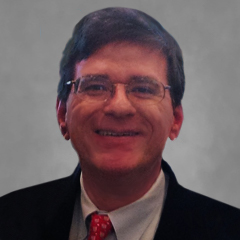 Channing Heiss was named Director of Communications in 2018 after being hired by the administrative staff as Office Manager in early 2017. He served on the OVI Board of Directors from 2014-2017.

Channing joined Osprey Village with a professional background including work in insurance, journalism, broadcasting, non-profits, political consulting, and advocacy of people with disabilities. He has worked in Illinois, California, Connecticut, Florida, and South Carolina. Channing considers communications his primary trade and believes strongly in the power of good communication to perpetuate innovation and social betterment in any field of endeavor. He brings with him over 35 years of project development experience in empowerment of people with disabilities, having organized his first formal advocacy project as a teenager in Illinois.

As OVI Director of Communications, Channing advises the board and administrative staff on issues concerning marketing and public perception, develops communication strategies, coordinates media relations, and manages OVI relationships with all marketing vendors.

Channing has lived in the South Carolina Lowcountry since 1995.