Reflections - The Legacy of the Americans with Disabilities Act

The other day, I made my first attempt at writing about the significance of the Americans with Disabilities Act on the occasion of its 30th anniversary this month. I went old school, grabbing a pen and a stack of paper in the hope of saving my neck and  eyes from the perils of my Android, and began.

"Be brief... don't be long-winded...be specific...pick a topic…get to the point" warned the swirling tornado of admonitions in my head  as I stared at the blank page before me. What stared back at me half an hour later was a mad jumble of scribbles, cross outs, arrows, and sideways margin notes that looked like the narrative equivalent of  a Jackson Pollack painting---passionate words and complicated ideas that spewed forth from my mind with my writing hand in hot pursuit and ended up splattered about like the colors on one of the artist's canvasses. It was a stark reminder that you cannot simplify that which is anything but simple.

The biggest problem is that too many try too often  to do just that with the ADA, amongst other things, in a world of  column inches, sound bites, pith-mandating forms, and that constant insistence that we get this over with and move on to the next thing.  The most damaging consequence of brevity,  simplification and social shorthand is its sacrifice of a complete and accurate story. The oft heard media stories about "the disabled" and what we "suffer from" leave a lot of important things out as do some of the policies that result from those portrayals. 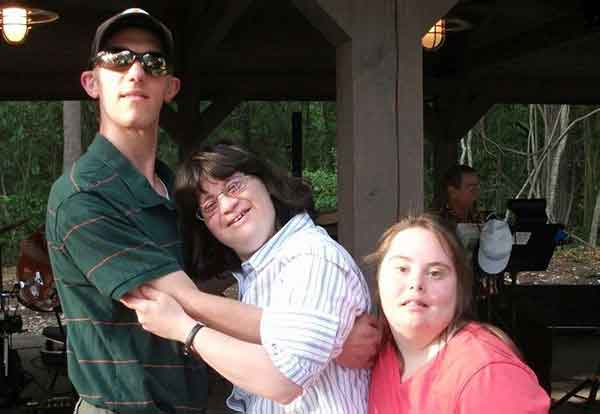 However, our optimism should be buoyed by the fact that a  more multidimensional social model of disability is at the very least competing ably with the traditional medical model. Employment is slowly improving, though there is more work to be done. The respect for adults with disabilities will continue to catch on, hopefully soon to include adults with developmental disabilities--not that there's anything wrong with being a child with a disability. I just think that, if we are going to treat someone as a child, he should actually, you know-- be one. In spite of some difficult issues that remain, many things are going right in the era of ADA. Physical and social access is undeniably improved because of the ADA, education efforts by advocates, and, one hopes, a natural social evolution and enlightenment.

One of the most important  lessons the ADA taught me that had little to do with ramps or elevators is that the American people have a deep if sometimes unconscious desire to do good things and to celebrate our unifying values. In spite of some of the contentious litigation it caused, the ADA gave Americans an excuse for such celebration.

The memories are crystal clear and enduring---the gentleman at a Winter Park, Florida restaurant who came over to my table just to tell me how happy it made him to watch me enjoying my dessert; the three years I couldn't buy lunch on Amtrak because some smiling person would buy it for me every time I tried; the class of middle school kids who surrounded me on a train and enthusiastically talked my ear off because, in my wheelchair,  I reminded them of their teacher; the guy in the Jeep who slammed on his brakes and asked me if I needed a ride when he saw me one sunny summer day in Fairfield county Connecticut; The  woman in a local shop that same summer day who smiled at another customer and warmly said she would be right there as soon as she helped her friend, another customer in line whom she had never met---me; that summer day, July 26, 1990, the day the Americans with Disabilities Act became the law of the land.

These long ago memories and the new ones too numerous to mention  that our community has continued to create stand indelibly even amid the haze and confusion of today. I carry those memories with me and think of them whenever I need hope.

It seems almost ridiculous to point out that my words are not written in a vacuum, but I state what should be obvious because we need to be aware of how easy and unwise it is to treat an array of societal issues as unrelated. When I first thought about the commemoration of the ADA anniversary, I admit I wondered if this was really the time given everything else that's going on.  The tendency these days to do that is part of the problem. We can all fall into the trap of  compartmentalizing events, but

the challenges we face today are not separate issues that need to compete for space. They are all part of the same issue-- our ability and willingness to value one another.

The overwhelming majority of people never deal with the complexities, nuances and implications of the ADA or the disability rights journey---good or bad. The letter of the law is important, but it is incomplete without addressing the spirit in which our society views it. Sometimes people need to be forced to do what is just and the ADA is a tool to accomplish that, but we must work to perpetuate a community that welcomes both the opportunities and the challenges it presents. As many people with disabilities as I have met and heard over the years, I know of very few whose lifelong dream is to be tolerated. I've learned that you can't obsess over being liked and that some conflict is inevitable, but I also know that respect and a sense of inclusion is important to us all. I wish I had a dollar for every time I have said to a government official or a business owner "Don't talk to me about what you have to do or don't have to do. Talk to me about what you can do." At these moments, you become aware that, for all of its virtues, the ADA can occasionally get in the way of its own mission. My life is a great deal more free than it was before the ADA because I have to worry far less about whether or not I can do something or go somewhere. Even now with long-since codified specifics, I occasionally confront unpleasant access barriers because somebody still didn't get the memo.

The ADA has many great benefits, but it has always been a mixed blessing. It  removes many barriers while creating others in subtle areas such as job interviews. It can be an amazing door opener and a cause for meaningful reassessment, but it can also be a frustratingly inadequate substitute for common sense. Take, for example, the time years ago when an Amtrak attendant blocked the non-disabled passengers trying to sit near me while yelling "Handicapped only!"

The lessons of the ADA are not addressed well, or at least not accurately, by canned answers, legalese, limited space, writing deadlines, crowded "to do" lists, busy agendas, trite slogans, or any of the other things that so often cause us to miss the point. Everyone has heard the saying "Where there's a will, there's a way." Unfortunately, when it comes to the empowerment and liberation of people with disabilities, there is still too often a tendency to flip that. It is the logic of those who say, whether talking about disabled access in general or the development of the future Osprey Village neighborhood in Hardeeville, "Hey, I'm with you in principle, but…"  For those truly committed in principle, nothing else should matter.

We love anniversaries, but July 26, whether in 1990 or in 2020, means nothing on its own. It is nothing more than the mathematical result of somebody thousands of years ago deciding to come up with a way to keep track of what we humans do. I could  write this next week or in a year or in three years and much of it would hold up.

The most significant and enduring lesson of the ADA must be that, as I've said countless times and will continue to say to anyone who will listen,  we can make anything happen---together as one.